Boosting manufacturing is seen as India’s best chance to create jobs for the thousands that enter the job market each year. One of Prime Minister Modi’s central focus areas, since he took charge, has been to boost manufacturing in India. His first term saw a concerted push in this direction through the “Make in India” initiative.

In his second term, especially in the wake of the Covid-19 disruption and a stand-off with China, this push has only become more comprehensive. The Atmanirbhar Bharat Abhiyan aims to make India a self-reliant country and resolutely pushes in the direction where India produces — instead of importing — most of the goods it needs for itself.

Of course, achieving self-reliance would require a massive jump in India’s manufacturing capacity.

To enable Indian businesses to boost productive capacity — either by augmenting existing factories or laying down new factories — the government sharply cut the corporate tax rate in 2019.

At the same time, India’s central bank, under the governorship of Shaktikanta Das, former Economic Affairs Secretary to the Government of India, has cut the benchmark interest rate in the economy by as much as 250 basis points (bps) between February 2019 and May 2020.

Over this period, the RBI has also worked with the banks to improve the transmission of these cuts to the banking system. Over the last 12 months, for instance, RBI has cut 150 bps and the MCLR (marginal cost lending rate or the rate that a bank charges the last customer seeking loan) has come down by 104 bps.

Since RBI targets retail inflation, which is calculated by the Consumer Price Index (CPI), it is easy to believe that the real interest rates are coming down.

If N is falling sharply and I is increasing — the latest retail inflation was over 6% — then, R or the real interest rate must be falling.

A low real interest rate should encourage businesses to borrow more and make new investments in the economy.

Yet nothing of the sort is happening.

Because in common perception “inflation rate” refers to the “retail” (CPI) inflation in the economy — that is the inflation that you and I face as consumers.

But businesses are not exactly like consumers. For instance, a steel-producing firm cares little what the inflation in fruits and vegetables is. What it bothers about is the wholesale inflation, especially in steel.

It helps to think of inflation as a proxy of the “pricing power” that a firm or industry enjoys. In any economy, this pricing power varies between businesses — say a steel producer, a sanitiser maker, a vegetable grower, and a travel agency — depending on the market conditions such as the demand for their product, ability to store inventories, etc. (high real interest rates)

Since these products are sold wholesale, one should use Wholesale Price Index-based inflation. And while we are at it, even within the wholesale inflation we should only look at the non-food manufacturing inflation — otherwise called the “core-WPI”. (high real interest rates) 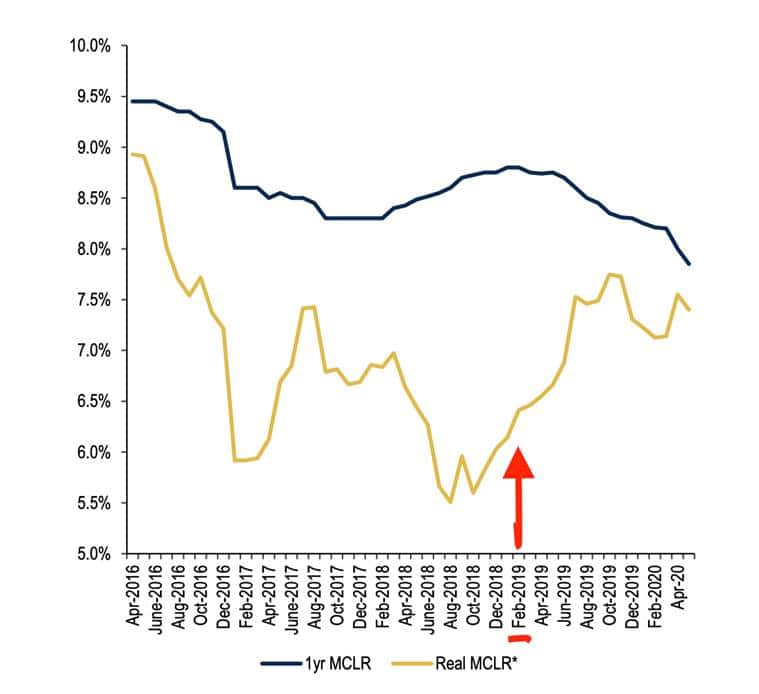 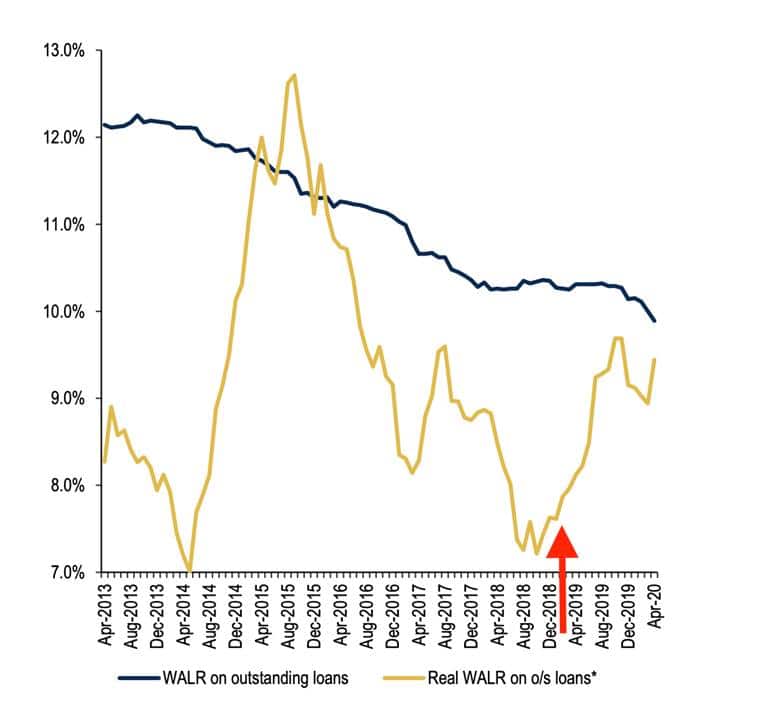 Chart 2 maps the real WALR (weighted average lending rate). Unlike the MCLR, which is lower because it is for the newest borrower, the WALR is the interest rate charged on all the outstanding loans of a bank, and as such, is much higher than MCLR. (high real interest rates)

This odd situation has arisen because retail and wholesale inflation rates are diverging. The RBI targets the retail inflation but, as shown above, the relevant inflation rate to monitor for boosting investments right now could be the core-WPI. (high real interest rates)

In about a fortnight, the RBI’s Monetary Policy Committee will reconvene and take a call on how to boost credit in the economy. It would be interesting to see how it responds to this quandary. (high real interest rates)

Dhoni played a ‘big role’ in me getting captaincy: Virat Kohli | Cricket News