bloggdude
Home NEWS Top Stories Encounters: What rules the law lays down, and why they are flouted
NEWSTop Stories

Encounters: What rules the law lays down, and why they are flouted 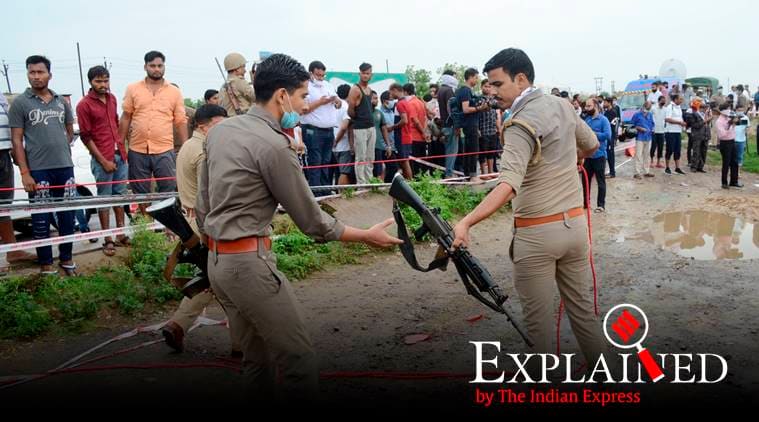 Police inspect the encounter site where gangster Vikas Dubey was killed when he allegedly tried to escape from the spot following an accident, near Kanpur, Friday morning, July 10, 2020. (PTI Photo)

The killing of gangster Vikas Dubey by the Uttar Pradesh Police has put the spotlight back on encounters or executive killings. The legality of police action in such circumstances has been debated for long, and a legal framework was put in place with the intention of establishing accountability. The Supreme Court and the National Human Rights Commission (NHRC) have framed guidelines that are to be followed in cases of custodial deaths.

In 1993, the Commission had issued general guidelines that every case of custodial death must be intimated to it within 24 hours. Further, the post mortem reports, inquest requests, and other related documentation was to be sent to the human rights watchdog to ascertain its reliability within two months of the incident.

The procedure of the Commission was established after a complaint from the Andhra Pradesh Civil Liberties Union alleging a series of fake encounters in the state to eliminate individuals identified as Maoists or members of the People’s War Group.

If a death is prime facie found to be a case of death that took place unlawfully, the Commission would grant compensation to the victim’s kin and penalise the errant state and its officials, it was decided.

In 1997, then NHRC chairperson M N Venkatachalaiah, in a letter addressed to chief ministers of all states, had emphasised that a policeman, if found responsible for a custodial death, would have the same defences available in law that are available to the common man, and would have no special protection.

Essentially, this meant that for every case of custodial death, the concerned officers would be on trial, and their actions would not constitute an offence in only two circumstances: a) if they have killed the individual in order to protect themselves and, b) if use of force extending to death is necessary for making an arrest.

Also read | Encounter impunity on record: 74 probes complete in UP, police get clean chit in all

An FIR is registered under Section 302 of the Indian Penal Code which penalises culpable homicide. The Indian Evidence Act puts the burden of proof on the defence — the police in this case — to prove that the offence was not committed. 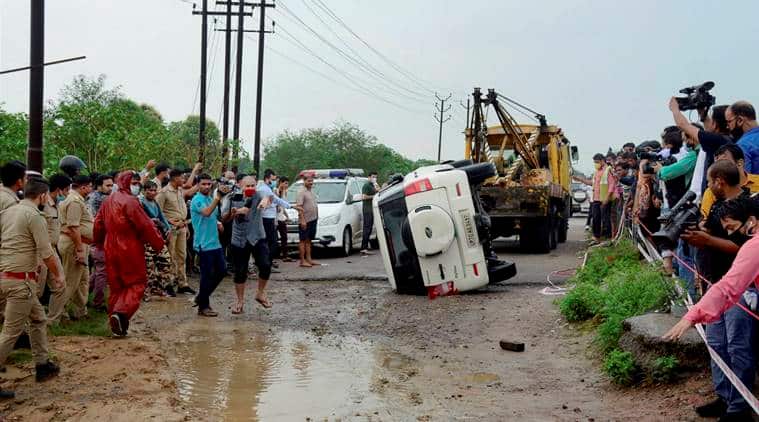 Police and media at the encounter site where gangster Vikas Dubey was killed on Friday morning, July 10, 2020. (PTI Photo)

There have been two landmark interventions by courts in the issue of encounter killings.

In 2009, a five-judge Bench of the Andhra Pradesh High Court recognised in the case of ‘Andhra Pradesh Civil Liberties Committee v. Government of Andhra Pradesh’ that illegal killings by policemen have been taking place with impunity.

The High Court made it mandatory to charge policemen with culpable homicide in every case of encounter killing. However, the verdict was immediately stayed by the Supreme Court when the AP government moved in appeal, and was eventually upheld in 2019.

While the appeal against the AP High Court verdict was pending, the Supreme Court heard another case, ‘People’s Union for Civil Liberties & Anr vs State of Maharashtra and Ors’.

The verdict in the public interest litigation, which was decided in 2014 by then Chief Justice of India R M Lodha and Justice Rohinton Fali Nariman, mandated that every custodial death would be probed by a magistrate as per Section 170 of the CrPC.

The court also issued several guidelines on holding an independent investigation into the encounter. The court said that the investigation shall be conducted by the CID or police team of another police station under the supervision of a senior officer at least a level above the head of the police party engaged in the encounter.

Don’t miss from Explained | Despite Vikas Dubey killing, why police reforms are unlikely to happen 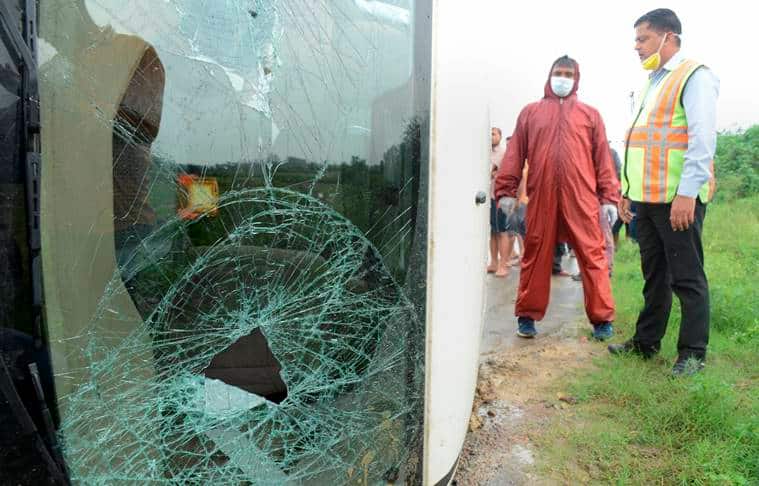 Forensic experts inspect the encounter site where gangster Vikas Dubey was killed when he allegedly tried to escape from the spot following an accident, near Kanpur, Friday morning, July 10, 2020. (PTI Photo)

Despite the guidelines that are the law of the land, encounter killings continue. Human rights activists have highlighted several lacunae in the process of an investigation into such cases. The significant issue is that the process — from initiating the case to investigating it — is done by the police, who are the accused to begin with.

Political patronage to such incidents also adds to the lack of proper investigation. The Uttar Pradesh government listed the number of encounters as one of its “achievements” that the common man should be made aware of on Republic Day last year.

The letter was sent to district magistrates in the state — the same authority responsible for holding an independent inquiry into every case of police killing. The December 2019 encounter of four men accused of the gangrape and murder of a 26-year old veterinary doctor in Hyderabad by the police was lauded by the public and parliamentarians alike.

In as many as 61 cases, closure reports filed by the police have been accepted by the court.

bloggdudehttps://www.bloggdude.in
I’m a blogger- a 34 something-year-old from the INDIA.
Previous articleExplained: Why divide along the US-Canada border, among the world’s friendliest, is growing
Next articleIndia coronavirus numbers explained: As Karnataka overtakes UP, another lockdown in Bangalore

In its annual report for 2019-20, SEBI noted that cyber-attacks and threats attempt to compromise the confidentiality, integrity, and availability of the computer systems,...
Read more
Health & Fitness

Tips: Fat Has Increased In Lockdown Reduce Weight In These Easy Ways